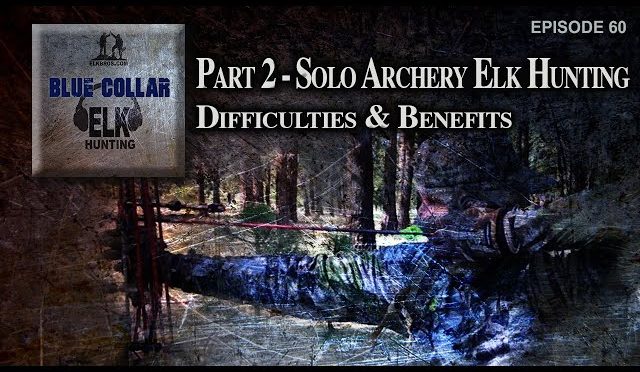 Look, if you are going to hunt Solo… Uno a Uno…You had better have your crap together. There are some great benefits to being all on your lonesome….moving, living and hunting free as a bird. But there can be some drawbacks as well. The key is in knowing what those drawbacks are…understanding and being ready for them.

On Today’s show, it’s Part 2 of our Solo Series. We talk about the benefits and difficulties of hunting solo. Identifying those areas that we want to plan to overcome in next week’s show. We discuss skill sets, mentality, freedoms, planning, costs, conditioning, meat care, gear needs, safety and the whole aspect of just being alone. We also consider how the other two scenarios can both muddy, or mitigate, both the difficulties AND the benefits.

Coming up in the series:
Part 3- Having plans in place for various aspects & difficulties of a solo hunt

Also on Today’s Show, the ElkBros Mailbox:
Hunting Elk on a Military Base
Why we don’t recommend units
Working a bedded bull
Breaking down a harvested bull solo
EVERYTHING ElkBros – https://www.elkbros.com